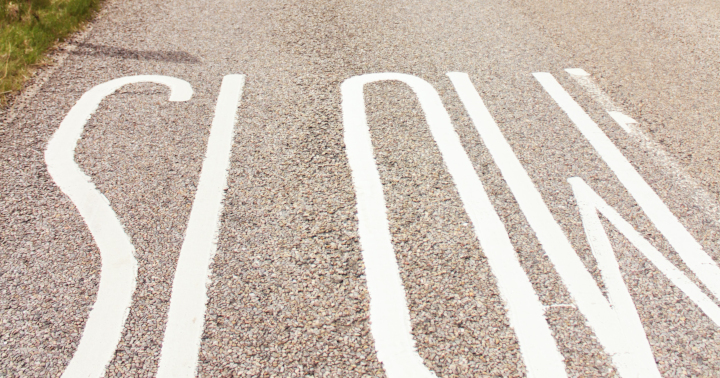 When I was an amateur hiker I frequently thought to myself that I should be the one who walks in front of the pack. After all, I can hike very quickly. I can easily take the lead and move the entire group quickly through the landscape. As I said, I was an amateur hiker and was both foolhardy and well over-estimating my skill.

As any experienced hiker will tell you, this is a terrible idea. Hiking is not about going fast, it is about moving slowly and enjoying yourself. Having the most quick person lead is a good way to turn a hike into a death march for the slower members of the group. Instead the slowest person in the group should be the one leading and setting the pace. This ensures nobody is left behind and the group moves as a single unit.

Learning is also a tension between a fast process, ingestion, and a slow process of digestion. Simply consuming information via our senses (and maybe vaguely recalling the occasional fact) is not the point of learning. The goal of learning is to make connections between facts and discover links pointing to facts not yet known. Learning is a form of graph construction.

Ingestion, simply being exposed to knowledge, can happen at insane speeds with practice. Just because you listen to audiobooks at 3x speed doesn’t mean you are learning. Digestion is the slower of the two processes that makes knowledge stabilize and connect in our minds, and it’s through data being interconnected that we can recall it.

We maintain the memories that are most connected to other memories. Digestion is the process of building those connections by recalling related memories and connecting the two. If you are trying to learn about stock options, you might connect calls and puts both to the concept of buy orders and sell orders, but also connect them to optionality. These connections don’t need to be strictly logical - the memory palace phenomenon shows us that connecting memories to a real or fictional place is enough to help cement them firmly.

If memories are the nodes in a graph, it’s the connections between nodes that we actually want to optimize for. A well connected graph behaves better than a weakly connected graph stuffed full of nodes. Connecting nodes is an expensive process because it requires recall as well as the process of connection.

Given the temptation of wanting to learn quickly we should instead optimize for connectedness of new information. This means intentionally making learning a slow process. A form of this - one that you have probably done - is having to take notes. Handwriting or typing is slower than listening, and so taking notes is a method of forcing us to learn slower and better connect memories both to other things we’ve recorded and the physical act of taking notes.

Another form of intentional slow learning is actively critiquing an information source. Listening closely enough to form objections, raise the objections and then attempt to gain answers. In studying philosophy, this method is commonly used to study two philosiphers in contrast to each other at once. This gives us a minimum set of connections as well as being a form of intentional slowness.

So resist the temptation to simply ingest lots of information quickly. Instead focus on digesting information well by intentionally practicing slowness and focusing on building connections between facts that you are ingesting.